On August 18, the BioRescue team successfully collected ten oocytes (immature egg cells) from the last two northern white rhinos, females Najin and Fatu, in Ol Pejeta Conservancy, Kenya. This has been the third time the team collected the egg cells in order to fertilize them and to produce viable embryos. In a lab, six out of ten oocytes were injected with northern white rhino semen - despite the fact that only two oocytes were clearly matured. Unfortunately, as the quality of oocytes was poor, this time none of them developed into a viable embryo that could be used for an embryo transfer in future. 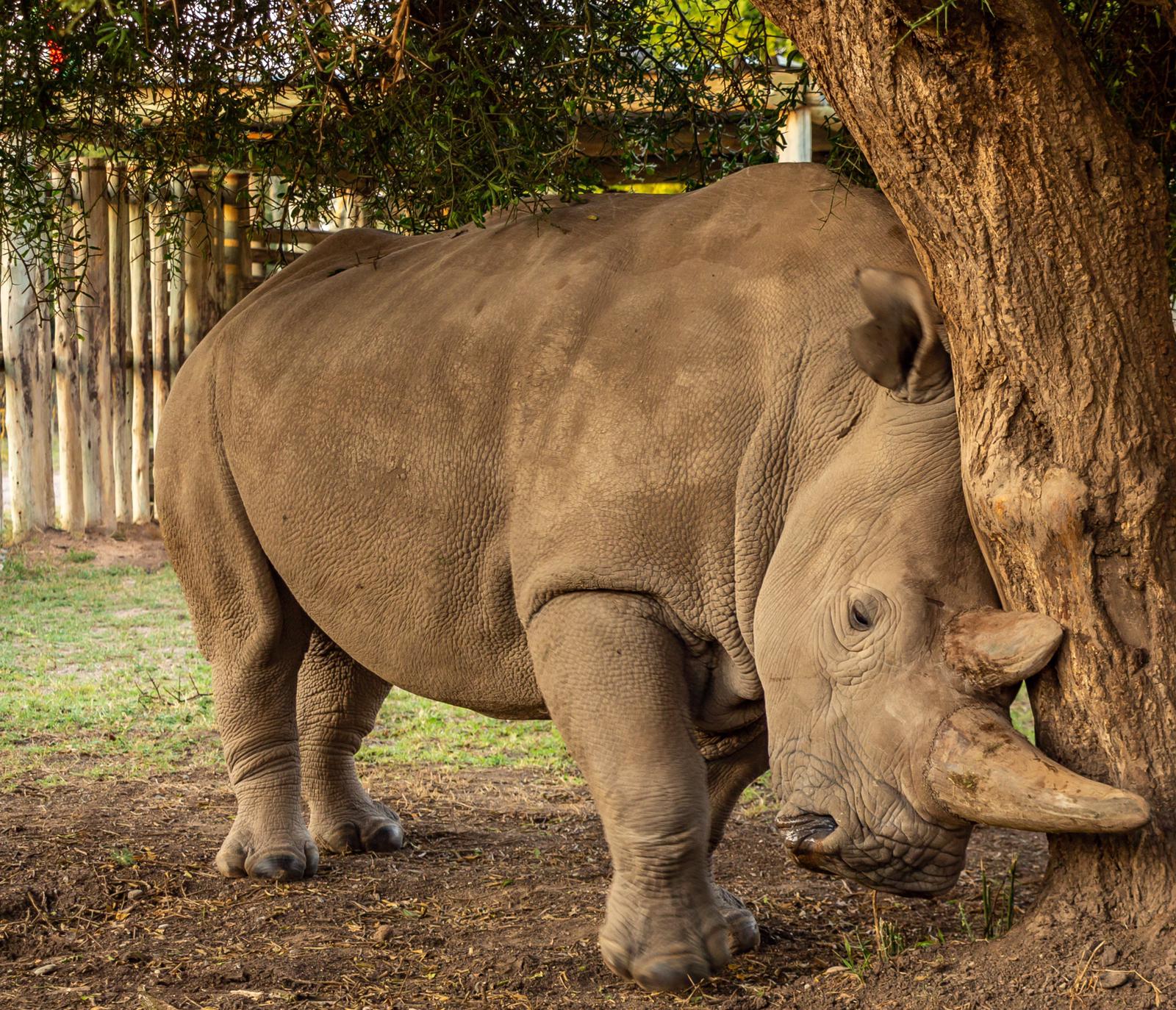 Najin after the Ovum Pickup at Ol Pejeta, Kenya. | Photo by Rio The Photographer

Quotes
Description
This is a highly advanced scientific procedure that really pushes the boundaries of what is possible in in-vitro fertilization in rhinoceroses – and in scientific process we cannot expect that every single attempt would be successful. We still have three cryopreserved pure northern white rhino embryos from the first two egg collections as a basis for our future progress. Now it’s clear how crucial it is to collect as many oocytes as possible and to develop as many embryos as possible. We can only hope that our work will not be disrupted again the way it was due to the Covid-19 pandemic. Eggs and consequently embryos are necessary for the artificial reproduction of the northern white rhino and any uncollected genetic material is lost forever.
Name
— Prof. Dr. Thomas Hildebrandt
Position
BioRescue project leader and Head of the Department of Reproduction Management, Leibniz-IZW
Boilerplates

Description
Ol Pejeta Conservancy is the largest black rhino sanctuary in east Africa, and is the only place in Kenya to see chimpanzees. It is also home to the last two northern white rhinos on the planet. Ol Pejeta´s cutting edge wildlife security includes a specialized K-9 unit, motion sensor cameras along its solar-powered electric fence, and a dedicated Rhino Protection Unit.
Read More Visit Website